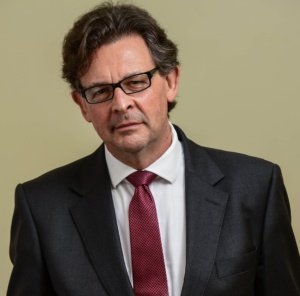 James Stewart CBE is the Founder and Managing Partner of Menlo Partners LLP.

Menlo Partners LLP is a merchant investment and advisory company with a particular focus on advanced and emerging technologies in the UK, China and South East Asia, principally providing advisory services and the provision of our own investment funds to UK, Chinese and South East Asian based venture capital (pre-series A) technology investments. We have invested our own funds in a range of opportunities and sectors including in cyber-security, mobile video , specialists apps, data processing and the internet of things.

Recently James was appointed Non-Executive Chairman of the leading UK advanced materials quoted technology company Versarien Plc and serves on Versarien’s Remuneration Committee and Audit Committee. Versarien is one of the UK’s leading companies involved in the global application and commercialisation of graphene.

James was awarded by Her Majesty the Queen, the Commander of the Most Excellent Order of the British Empire for political services in 2015.

James is a business studies and engineering graduate from the University of Strathclyde. After four years with the international management consulting division of Arthur Andersen & Co., he joined N M Rothschild & Sons Limited. He transferred to Rothschild Ventures Limited in 1988, where, latterly as a Director, he was involved in leading a wide range of investments as well as holding a number of Non-Executive Directorships.

James has been involved in the UK and European private equity industry for 25 years and is well known in this industry. He has made a number of live media appearances on, for example, the BBC, CNBC and Bloomberg.

This site uses functional cookies and external scripts to improve your experience.

NOTE: These settings will only apply to the browser and device you are currently using.